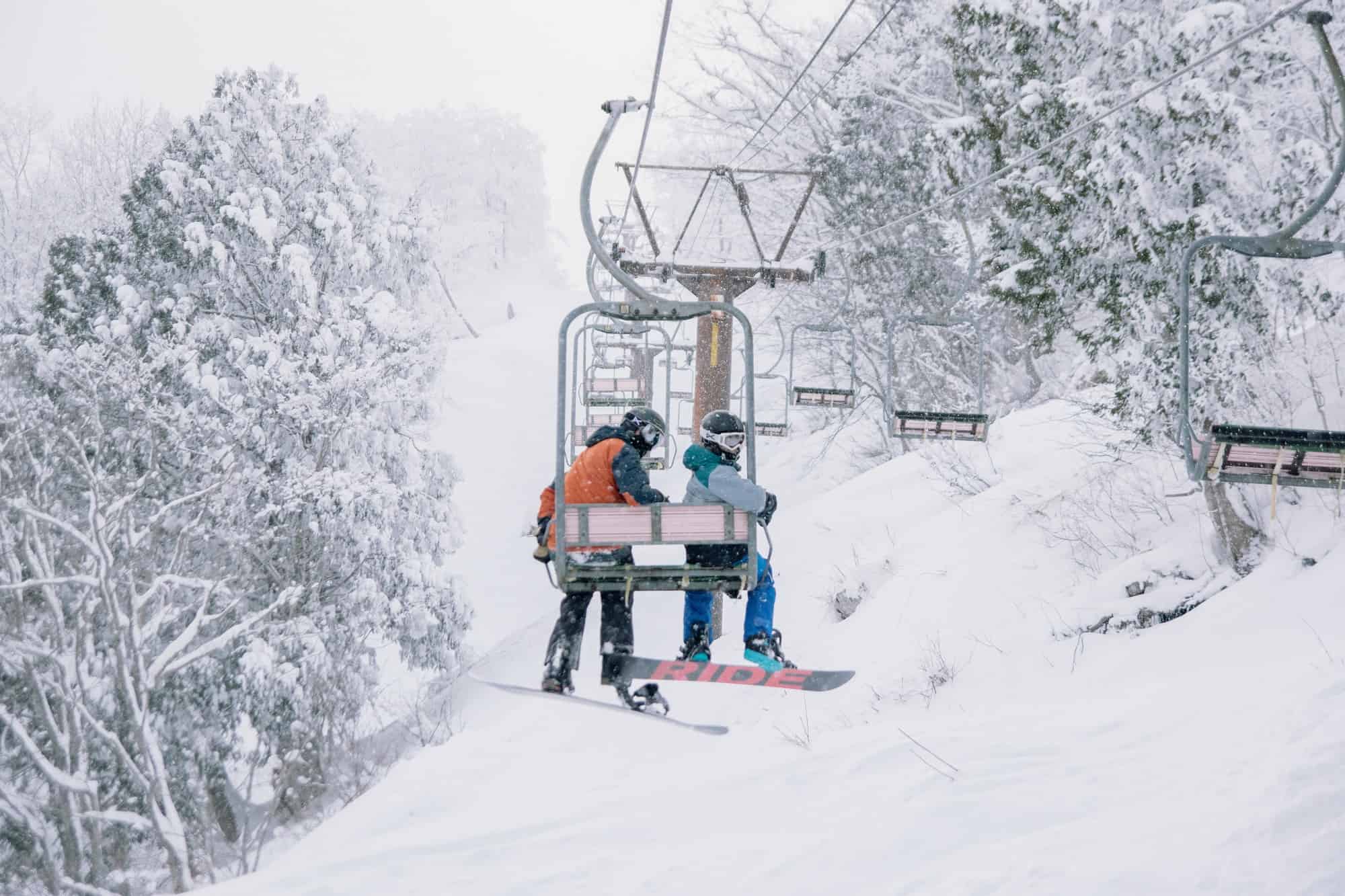 Skiing in Japan – If you want to experience some of the best snow and winter action in the world, you should really get out there and ski Japan.

Japan is a mountainous nation with tons of opportunities for skiing aficionados.

Whether you love shredding up the hills or ripping through the powder, Japan has something for you.

Guide To Skiing In Japan: Is It Expensive To Ski In Japan?

It’s not more expensive to ski Japan as opposed to skiing in other countries.

The pricing is basically the same as it would be in the United States or Europe.

You’ll need to either rent or bring your own gear and buy lift passes.

Many places will allow you to rent equipment on-site, and rentals will generally run you about $70 for a full day.

Japan’s mountains are no joke, so novice skiers will want to get at least a few lessons before they hit the slopes.

Where Can You Go Skiing In Japan

There are plenty of places to find epic skiing in the country.

Most of them are in close proximity to resorts or other accommodations.

Myoko is a medium-sized city that caters to high-end tourists.

The slopes in Myoko are considered to be a little more technical than in other areas, so it’s a good spot for more advanced skiers to test their skills in Japan.

During the spring and summer months, Furano is awash in lavender and beautiful flowers.

In the winter, it’s one of the premier spots to visit a posh Japanese resort and get some quality skiing in.

Skiiers of all levels will enjoy their time in Furano.

Also, the views from this lovely Japanese city are astounding.

Asahidake is famous for its mammoth peak, Mount Asahi.

The volcanic activity in Asahidake makes it an ideal spot for those looking to head out and hit the slopes.

There are plenty of different trails and peaks in Asahidake for all levels of skiers.

When Can You Ski In Japan?

Ski season in Japan runs between November and May, depending on the region.

Each place is different, and the quality of the snow will depend on the altitude and latitude of the city.

If you’re planning on heading to Japan for some skiing, check the resort and location before you go.

Where Is The Best Powder Skiing In Japan?

Japan has some fantastic power skiing, and there are two destinations where you will be in powdery heaven.

Visit one of these two places, and you’re bound to have a fantastic time on your Japanese vacation.

Hakuba is the best place to find excellent power in Japan.

It’s located high up in the Japanese Alps and boasts tons of winter sport activity.

You can ski, snowboard, snowshoe, or hike in Hakuba.

It’s also relatively close to get to, as it’s near the large city of Nagano.

Visit Hakuba, and you will not be disappointed.

Another fabulous place to ski in powdery glory is Niseko.

This town is located on Hokkaido Island and is full of incredible slopes for every fitness level.

Niseko is also a great place to check out some of Japan’s legendary hot springs.

You can get the best of both worlds, fire, and ice, in Niseko.

What Months Can You Ski In Japan?

You can technically ski in Japan between November and May, but peak season is between December and April.

In some places in Japan, ski season ends in March, so always check before you schedule your vacation.

Since snowfall and temperature varies so much in Japan, you’re best looking into particular areas.

If you want to avoid the bulk of the tourists, travel on the fringes of the season.

November and April or May see far fewer tourists than December and February.

Prices might be lower during those months as well, and you could even buy some cheaper ski equipment while visiting the country.

As you get closer to your vacation date, prices will skyrocket.

Use an app like Hopper or Google Flights to check the status of your tickets and book when the price dips.

When Is The Best Time To Ski In Japan?

If you are looking for powder snow, travel to Japan between January and February.

Hakuba is ideal in late winter, although the resorts will be packed at that time of year.

March tends to be sunnier, and the temperatures are a little bit lower.

If you’re craving a more comfortable skiing experience, early spring might be best for you.

Realistically, the best time to ski in Japan comes down to what matters most to you.

If you want to avoid the crowds, travel at the beginning or at the end of the season for the least crowded resorts and queues.

Traveling off-season will also save you some money on airline tickets and hotel fare.

Generally, resorts will raise their rates during the peak season and drop them when the tourists trickle off.

If you’re strategic, you might be able to get some really amazing deals.

If great snow and cold conditions are essential to you, and if you have a short vacation where you can’t afford to miss a day out on the slopes, travel during the busy season.

The deep heart of winter is the best time for true snow lovers to visit the island nation of Japan.

Japan is one of the best places in the world to find some incredible skiing.

Next time you want to take an excellent wintertime trip think outside the box.

Forget Aspen or Switzerland and think about the gently sloping peaks of Japan instead.

Related Content: Perfect Locations For A Nature Inspired Vacation, nothing better than getting out!