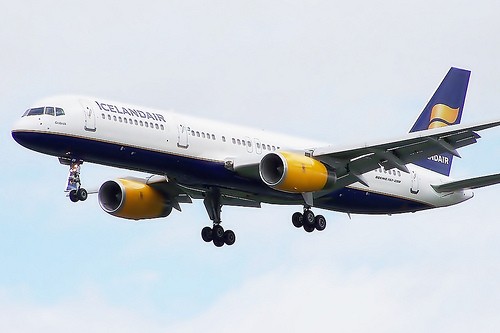 why non-stop flights are better – When I’m checking for prices of flights and seeing what days work best for my schedule, I am always trying to find the cheapest non-stop flight that I can.

Time is of the essence, and as I am often traveling with my children, it is worth the extra money to book a flight that is nonstop, instead of having layovers.

I am also one to not check bags.

It is difficult to drag bags on and off planes, also with kids, to try to catch the next, connecting flight.

I booked these flights thinking why non-stop flights are better.

For the convenience, our comfort, and my sanity.

But then I started thinking about why non-stop flights are better, not just for myself, but for the environment too.

How is a direct flight different than a non-stop flight?

Most people believe if they do not have to change planes, they are on a direct, non-stop flight.

This is not true as they do not have the same meaning.

When you are online searching to make a flight reservation, it is most always better for the environment to take a non-stop flight.

This means it goes from one airport to another, without stopping.

So while they seem to be interchangeable terms, they are not.

Why non-stop flights are better

Aside from the time and convenience, I never really stopped to think why non-stop flights are better for the environment than direct flights with a stopover.

It seems like the latter would burn only slightly more fuel (and thus emit slightly more carbon), since it requires just a few more miles of travel.

It turns out, however, that non-stop flights are exponentially better for the environment.

It’s because as much as 50% of carbon emissions come from takeoff and landing! 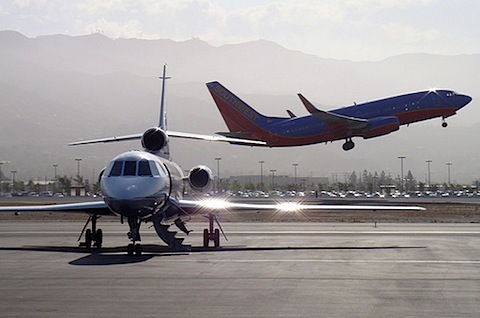 I really wanted to know exactly how and why non-stop flights are better.

Surprisingly, it took a lot of research to figure this out.

I thought a simple Google search would turn up the answers.

Instead, I spent hours digging through websites, running calculations and conversions, and even browsed through flight school manuals to learn why stopover flights are worse for the environment.

Because it’s so hard to find this info, I encourage you to take notes and spread the word.

Knowing that all flights are not created equal will help you to make informed choices.

Some calculations of airplanes’ fuel usage

During a 143 mile direct flight (roughly Washington, D.C. to Philadelphia, PA), 51% of fuel burned is from the taxi, takeoff, climb, and landing.

Thus, 13% of fuel is burned from taxi, takeoff, climbing, and descent.

But, if you stopped in Chicago for a layover on your way to Minneapolis, your planes (jointly) will burn at least 15,715 pounds of fuel (3,638 from takeoff and landing).

So a whopping 23% of the fuel your planes use goes toward takeoff and landing.

Always remember that a direct flight is different from than a flight that is non-stop.

In other words, because you took a flight with a layover, your itinerary burns at least 1,820 more pounds of fuel than a non-stop flight.

Additionally, because you likely sat on the extensive runway traffic that is Chicago O’Hare Airport, your plane probably burned through even more fuel.

Since 1,820 pounds of jet fuel probably doesn’t mean much to you, I’ll translate.

Therefore, 272 extra gallons of fuel are burned during this stopover itinerary than during a non-stop flight

That’s the equivalent of filling up my Honda Accord 20 times!

Next time you fly, ask yourself: “Is saving $50 by flying with a layover really worth the environmental cost?”

Knowing why non-stop flights are better will hopefully encourage you to consider them the next time you schedule plane reservations.

I’m not a mathematician.

I haven’t taken a real math course since my MBA over 20 years ago.

There were a lot of calculations and conversions and searches that went into these numbers.

I doubled checked my work, but please feel free to run the numbers for yourself.

Also, note that the type and size of plane changes these calculations as does the distance flown.

Calculations are based on Climate Care.org’s Aviation Emissions and Offsets.

Remember the days it used to be fun and exciting to go to the airport and embark on your trip?

Yet airports are always working to streamline processes to make the customers’ experience faster and hopefully better.

On recent trips to from Minneapolis to Dallas and Chicago, I noticed Expert Traveler security lanes are cropping up at more airports.

But be warned — these lanes are self-select so you don’t have to be a frequent traveler to use them.

Don’t be surprised to find people there who should be in the Casual or Family Traveler lanes.

How to use the Expert Traveler security lanes like a pro

Have your boarding pass and ID out

Before you get to the agent who will check your papers, take out your boarding pass and ID.

Make sure they’re facing the right way when you hand them to the agent.

Be friendly and polite but don’t engage in idle chitchat with the security personnel.

Wear shoes that you can quickly remove when you get to the front of the line.

Or, untie your shoes while you’re waiting in line so they’re ready to slip off when you get to the conveyor belt.

Don’t wait until you have a tray in front of you to start digging through your luggage for your bag of liquids.

Take your liquids out while you’re waiting in line.

Take off your coat (or sweatshirt or sweater)

Don’t wait for the TSA agent to ask you to remove your jacket.

Even if you think you can get by in your light-weight button up shirt, it’s better to play it safe.

If you’re wearing anything that could be interpreted as outerwear, take it off.

Remove your laptop from your bag

Unless you have a TSA-approved laptop bag, you must take your laptop out of your bag.

Do your research about your bag beforehand; don’t hold up the line.

This also goes for your C-PAP machines and other devices.

Before you get to the conveyor belt, know how many trays you’ll need.

Grab your trays and move out of the way.

Plan on one for your laptop, one for any small luggage (depending on the airport), and one for everything else.

Some airports may require you to divide up your things further.

If you have kids, help them get the trays and load their belongings as well.

Once you’re through security…

Take your tray(s), grab your things, and move out of the way.

Be considerate and keep the line moving.

If you need to tie your shoes or put your luggage back together, carry them with you to the chairs a few feet away.

Do your best to get out of the way and do not stop suddenly.

The Expert Traveler security lanes are excellent for people who travel frequently.

But anyone who considers himself an “expert traveler” can go through that line.

Even if he’s traveling with a 3 year-old and hasn’t flown in a decade.

Just follow these tips to make sure you’re not holding up the line.

Damages of Air Travel on Our Environment

Most of us love air travel from one destination to another and we love to get the aerial view of the cities around the world.

It is not uncommon to have anyone who mainly gets to only travel on land get excited over the idea of flying.

And air travel definitely has its benefits and exciting moments, right from the desire to get a window seat to maximize the benefits of a guaranteed perfect aerial view to the thrill of cruising several thousand feet above the ground. 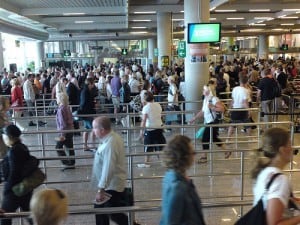 It is indeed an experience that one would probably want to take advantage of severally.

It has its disadvantages though, for example, any aviation accident has fatal effects and may probably not have any survivors after the accident.

It is also a very expensive affair to construct an airport and purchase all the airplanes used in air transport, so it requires a huge capital outlay in order to be effected.

Additionally, in relation to the environment, air travel has increasingly caused concern over the pollution it causes on our environment.

The negative impact caused by air transport on our environment is outlined below;

It has been estimated that air travel contributes at least 3-30% of all the global warming on our earth.

One transatlantic return flight for example, emits almost half of the carbon dioxide emissions as from all the other sources like heating, lighting and car use, according to research.

They are mainly a source of greenhouse gases like nitrogen oxides, water vapor and carbon dioxide CO2.

Chemicals like Benzene which are found in cigarettes are to make used this fuel.

Research documents that in order to stabilize the atmospheric carbon dioxide current levels, we need to work towards ensuring that our total carbon dioxide emissions are reduced by 60%; and already, the developed world emits more than its fair share due to all the industrialization and developments going on.

Water vapor emitted by the aircraft reacts with nitrogen dioxides in the atmosphere leading to destruction of the ozone layer in the stratosphere Nitrogen found below the ozone layer (in the troposphere) contributes to ozone formation, but unfortunately, it doesn’t assist in replenishing the ozone layer at this level.

Instead, it actually contributes to the smog found around the airports and additionally acts as a greenhouse gas.

Another negative effect of water vapor is that it leads to the formation of increased cirrus clouds, and this contributes to global warming.

Additionally, it has been proven that contribution to the negative impact on the environment is caused by the aviation industries themselves, over and above the emissions from the airplanes.

This is mainly brought on in the course of processing and transporting the aviation fuel.

The whole process of maintaining and manufacturing the airplanes, the airports and all the vehicles used in support services have gone a long way in the creation of extra carbon dioxide in the atmosphere.

The jet fuel that is used in the aircraft is mainly non-renewable and the need to find alternative sources of energy to be able to sustain air transport cannot be underestimated.

It is needful that a solution is found soon to this predicament, so that we will not soon deplete this valuable resource.

It is therefore correct to say that air travel essentially promotes an unsustainable form of transport.

Jets that are mainly used in army operations are some of the noisiest crafts in aviation.

Together with other passenger and cargo airplanes, though these may not produce as much noise as the jets, aircraft in general are a major source of noise pollution in our environment.

So the next time you need to air travel, consider the environment and where possible, find alternative means of transport to your destination.