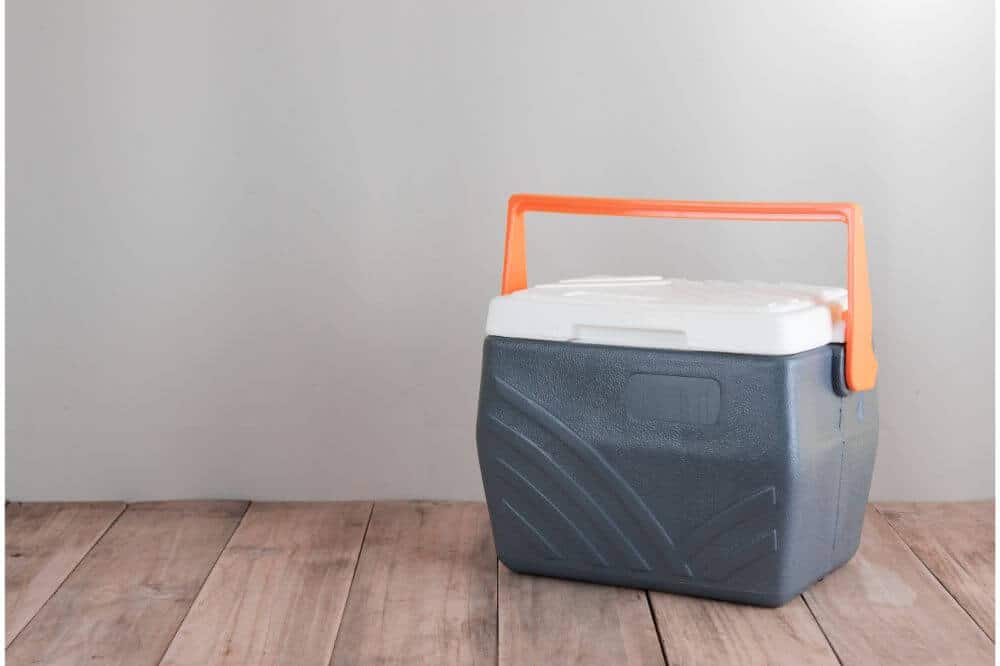 Where Are Yeti Coolers Made – So, you plan on going on a fishing trip, hunting trip, camping trip, a day at the beach, a picnic at the park, or anything in between. Of course, to keep all of your drinks cold, to keep your food from spoiling, and to keep those beers frosty, you need a good cooler.

One of the biggest and best brand names out there right now when it comes to the world of coolers and ice chests is Yeti. Yeti is a brand of outdoor products that has been around for over 50 years. However, they have only recently started to appear on the retail scene in the United States.

Yes, you have probably heard of the Yeti brand name before, and yes, the name is quite fitting seeing as Yetis are ice monsters, also known as abominable snowmen. The name itself already tells you just what these products are all about. However, all things considered, this is a fairly new brand name, one which many people have questions about, which we are here to answer.

When it comes to coolers and anything to keep your drinks and food cold, Yeti is one of the most popular brand names in the world today, particularly in North America.

First and foremost, Yeti is an Austin, Texas-based manufacturer of outdoor lifestyle products, as stated by the official website. This includes products such as soft and hard coolers, insulated drinkware, and ice chests.

The Yeti company was started back in 2006 by two brothers, Roy and Ryan Seiders. Both brothers were avid fisherman and outdoorsmen, and in fact, one brother, Ryan, started the Waterloo Fishing Rod company, which was then sold 9 years later in 2015.

However, being avid outdoorsmen, both brothers at the time were frustrated with the lack of quality coolers out on the market. There was nothing that could retain ice and keep food and drinks cool for a prolonged period of time, which is why the brothers then founded Yeti.

In 2006, Yeti began manufacturing its first high-end coolers. In 2012, two-thirds of the company was purchased by the Cortec Group to the tune of $67 million. What is interesting to note is that the Yeti company stayed privately owned until October 2018, when it became a public company traded on the stock market. In 2018, Yeti posted a revenue of nearly $800 million. At this time, nearly one-third of Yeti products sold are through Amazon.

Where Can Yeti Coolers and Related Products Be Purchased?

If you are looking to buy a Yeti cooler, an insulated drink container, or an ice chest, one of the best places to do so is on Amazon. There are also other locations where these products can be purchased.

Now, something that should be kept in mind when it comes to Yeti coolers and related products is that they are not cheap. Yeti is known for its super high-quality products, and that quality comes with a price. It’s like they say, you get what you pay for, and with Yeti you do get a whole lot.

Although some of the coolers cost well over $500, with some of the largest and most advanced models coming close to $1,000, they are also some of the best in the business when it comes to ice retention, the length which they can keep drinks/food cold, durability, portability, and overall quality as a whole.

What Makes Yeti Coolers So Special? How Are They Made?

The cooler bodies are made by injecting hot plastic into a mold being rotated, thus forming the outer shell — a solid outer shell with no seams.

Now, this roto molding process is similar to injection molding, which is how most plastics are made, just without the included rotation throughout the hot plastic mold injection.

The reason why Yeti uses roto molding as opposed to normal injection molding is because roto molding is seamless, and therefore allows for much greater durability and strength, especially in edges and corners, where seams would otherwise be. Therefore, due to there being no seams, there are no weak points in the shells of Yeti coolers.

Yeti coolers are also made with especially thick walls, often around 3 inches thick, and they always come with high-quality insulation, particularly polyurethane.

At the same time, the exterior of these Yeti coolers is usually covered in polyethylene to assist with cold retention and to keep outside heat from creeping in. Most Yeti coolers also come with special freezer-grade sealing gaskets in the lid to ensure an airtight seal.

So, the reason why Yeti coolers are so popular and in demand, and yes, why they also cost so much money is because you would be hard-pressed to find a cooler that is stronger and can keep ice frozen for longer. Simply put, in terms of overall quality and functionality, Yeti coolers and related products are some of the, if not the very best out there.

As is the case with all brand names, Yeti has some coolers and related products which are better and more popular than others. Here is a list of the most popular Yeti products which have rave reviews.

Where Are Yeti Coolers Made?

To answer the question of the day, it appears as though Yeti coolers are made in a variety of locations. In fact, the information out there in this regard is slightly conflicting and confusing. Yes, there are many people out there who choose to purchase Yeti coolers because it is assumed, or even advertised, that they are mostly made in the US. However, this is only partially true.

According to the official website, the Yeti Tundra coolers are manufactured in US facilities, specifically in Iowa and Wisconsin, but also in a facility located in the Philippines. However, what is important to take note of here is that the facilities located in the US are mainly retailers more so than manufacturers. Most of the manufacturing and assembly does indeed occur in the Philippines.

The official website also states that the Yeti Hopper Coolers, as well as Rambler Drinkware, are both made in China. So, as it seems, there are a few products, or at least parts of final products which are made in the US, but there is also a good deal of manufacturing which takes place overseas.

This is primarily due to costs and cheap labor, as it is much more cost-effective to manufacture goods overseas in less developed countries such as China and the Philippines. What is also important to note is that while some Yeti products are manufactured in the US, this is actually all done by third parties, not Yeti itself.

So, while some Yeti products and components are made in the US, it is generally done by third-party manufacturers.

Where is Yeti Made

What is actually very interesting to note about these Yeti coolers is that the company took a very odd approach in terms of outsourcing and the location of manufacturing plants. The first thing I want to point out is that Yeti products are made in America , specifically in California.

Generally speaking, most companies begin by manufacturing and producing products locally. Then, to cut labor and manufacturing costs, companies will outsource the work to other countries. Here we are talking about North American and European companies who choose to manufacture mostly in Asia due to lower costs.

However, Yeti did things in reverse, as the vast majority of their products, mostly coolers, were built overseas in low-cost countries right from the beginning. This brand name then became increasingly popular, with demand skyrocketing. The demand for these quality coolers became very high in a limited amount of time, but there were many people who would have preferred if the products were manufactured locally.

It was thought that local manufacturing in the US could serve to further improve the quality of the products. Therefore, over the course of a few years, the Yeti Company decided to source the manufacturing of its coolers to various US-based third-party manufacturers, the various companies listed in the final paragraph of the above section.

Let’s just quickly cover why exactly these coolers are as popular as they are and what makes them the best in the business. Yeti coolers are well known for their great ice and cold retention abilities. Even the lower tier of Yeti coolers will keep ice frozen for at least 5 days. The best Yeti coolers out there can retain ice for up to 10 days, and in some cases for up to 2 weeks.

There are few, if any other coolers out there which can match the durability of Yeti coolers. Due to their special roto molding manufacturing process, along with the high-quality materials used, these are some of the toughest and longest-lasting coolers out there.

Although there are some very large Yeti coolers, for the most part they are all made to be portable, usually always coming complete with handles and other useful features, such as rubber feet and drains.

There is also the fact that Yeti coolers come in all sorts of shapes and sizes, types, as well as hard and soft shell versions too. Whatever your needs might be, there should be a Yeti cooler to meet them.

The bottom line is that there are very few, if any other brand names out there that can match the overall quality and efficiency of Yeti coolers. Sure, they might be a bit pricey for some, but with the ability to retain ice and keep goods cool for 10 days or more, with a solid shell, and a great level of portability, Yeti coolers seem to be well worth the investment.

They come in all sorts of shapes and sizes, they last for years, and don’t forget that Yeti also makes other products such as cooler bags, insulated drinkware, and more.