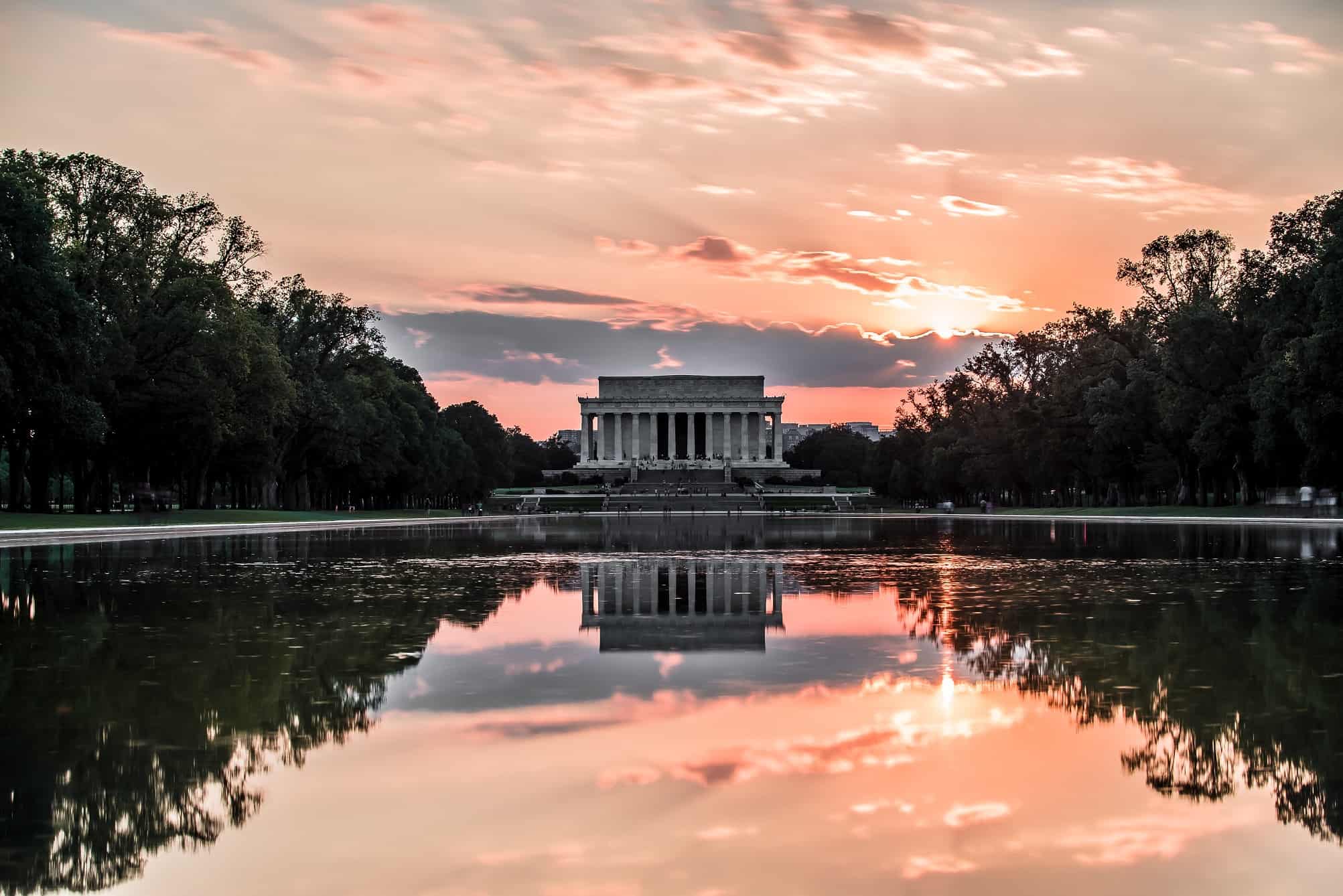 Washington DC Travel Itinerary – Despite its east coast location, Washington DC lies at the very heart of the United States.

The national capital is not only home to the president, but also the site of many significant moments from the country’s history.

Washington DC can be explored in the monuments and museums that embellish its streets.

Thus, when looking at tours in USA, make sure to consider ones that include the US capital.

Here we share a 3-day travel itinerary to ensure you make the very most of Washington DC.

Day 1 – Gaze upon the original Declaration of Independence

Washington’s compact size – as a planned city built on territory gifted by neighboring Maryland – makes much of the capital walkable.

However, the upper deck of an open-topped tour bus provides an ideal way of getting to know the city sights better and learning a little of the city’s history without wearing yourself out on day one.

There are dedicated tour bus stops all over the city, meaning you can stay aboard for a full loop to take in everything from Union Station to the dome of the US Capitol building.

Alternatively, you can combine the sightseeing tour with transport to your first museum stop, the museum in the grandly-named Rotunda for the Charters of Freedom at the National Archives.

The National Archives hold arguably the most important documents in US history.

Here the original Declaration of Independence, with the signatures of future presidents John Adams and Thomas Jefferson, as well as the giant scrawling calligraphy of John Hancock, sit alongside the Constitution, and the Bill of Rights.

Situated on Constitution Avenue, the archives are a short stroll away from 1600 Pennsylvania Avenue, better known as the White House, the main official residence of the President of the United States. Set aflame by the British in the War of 1812, the White House has been home to every president since John Adams, the second man to hold the post.

For all its modern security, the White House can be easily captured on camera, either from the public park known as The Ellipse, which lies just beyond the building’s South Lawn, or from the more formal layout of Lafayette Square on its northern side.

From there, continue a few blocks west, and end your first day in Washington DC with a performance at the Kennedy Center, situated on the refined surrounds of the Potomac River next to the Watergate Complex (made famous by the intrigues of Richard Nixon) and opposite Theodore Roosevelt Island National Memorial.

Day 2 – Cruise serenely along the Potomac

Start your second day in Washington DC in the city’s historic Georgetown district, which precedes the founding of the national capital by four decades.

Ringed by attractive green spaces, major landmarks include Alexander Graham Bell’s Volta Bureau, and the 1765 Old Stone House on M Street, the oldest unaltered building in the District of Colombia.

The nearby intersection between M Street and Wisconsin Avenue is where you’ll find Georgetown Park shopping mall, and various bars and restaurants, should you be hungry.

Crossing over the canal, you’ll find yourself back at the Potomac, on the opposite side of the Watergate Complex to the Kennedy Center.

Today, though it’s so that you can take to the water, jumping aboard the ferries that operate between Georgetown and The Wharf further east.

Along the way you’ll be inundated with sights, including Arlington National Cemetery – burial site to John F Kennedy among others – to one side, and the Lincoln and Jefferson Memorials on the other.

You’ll want to reserve the rest of day two to the attractions in and around the National Mall, the rectangular park at the very center of Washington DC.

Coming from The Wharf on foot or by taxi, you’ll arrive close to the Washington Monument, the world’s tallest obelisk at 170 m high.

The free tours inside offer unrivalled views across the city.

Stretching three kilometers east to west, one of the best ways to explore the National Mall in more detail is by renting a bicycle.

West of the Washington Monument lie various memorials, including those to Martin Luther King, Abraham Lincoln, Korean War Memorial, Vietnam War Veterans and World War II Memorial, while east of the obelisk the museums of the Smithsonian Institute, including the Museums of African American History, Natural History, and Air and Space, lead towards the National Botanic Garden and Capitol Building.

Make your way to a bar overlooking the Capitol Building for a chance to drink alongside senators and White House staffers as night falls to capture the exterior in all its illuminated glory.

Day 3 – Hear echoes of the past at the Capitol building

Kick off your last day in Washington at the eastern end of the National Mall with a visit to the grand interiors of the Capitol Building.

The underground visitor center provides tours to the crypt, rotunda, and Statuary Hall, each of which are sumptuously decorated.

Continue on to the sweeping arched ceiling of Union Station, and then on foot or by metro to Union Market Food Hall, whose 40 vendors have gourmet offerings perfect for a lazy lunch amid a buzzing atmosphere both inside and out.

Though a small neighborhood of just a few streets, Washington’s Chinatown has a big heart and vibrant past, including the boarding house (now the Wok & Roll restaurant) where John Wilkes Booth planned the assassination of Abraham Lincoln at the Ford’s Theater.

The theater itself continues to be a performing arts space, though the presidential box in which Lincoln was fatally wounded is now never used.

Nearby you’ll find another of Washington’s major museums, the National Portrait Gallery.

Only founded in 1968, its 21,000-strong collection today includes the two famous unfinished portraits of George Washington by Gilbert Stuart, and the celebrated official presidential portrait of Barack Obama by Kehinde Wiley, bringing your tour of Washington DC right up to date!

The number of sights in Washington DC can be almost overwhelming.

However, with a carefully thought out Washington DC travel itinerary, it’s easy to explore all the US capital’s main attractions in three days, whether you yearn to explore the twenty-plus museums, huge number of memorials, parks, or waterways.