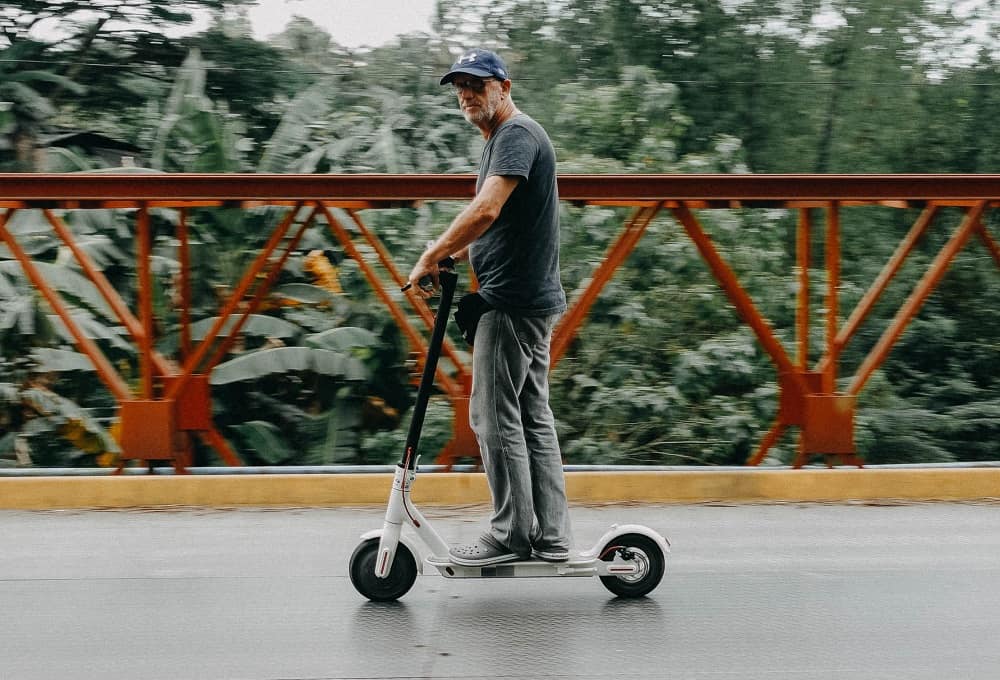 E-Scooters – If you live in a major American city, then chances are you’ve seen rentable electric scooters or electric skateboards within the past year. Certainly, major reasons for this surge in e-scooter use has to do with convenience and availability. For instance, recent data from DePaul University shows most Chicagoans use e-scooters either in the morning or after work. It’s also clear most people only “scoot” short distances on their daily commute.

The National Association of City Transportation Officials now estimates Americans took about 38.5 million rides on these devices in 2018 alone. Amazingly, that’s higher than trips on dockless bikes, which came in at around 36.5 million. So, the convenience factor is undeniable, but what about other claims e-scooter companies make?

According to the CDC, regarding safety, the most e-scooter injuries are head trauma, bone fracture, sprains, cuts, and bruises. 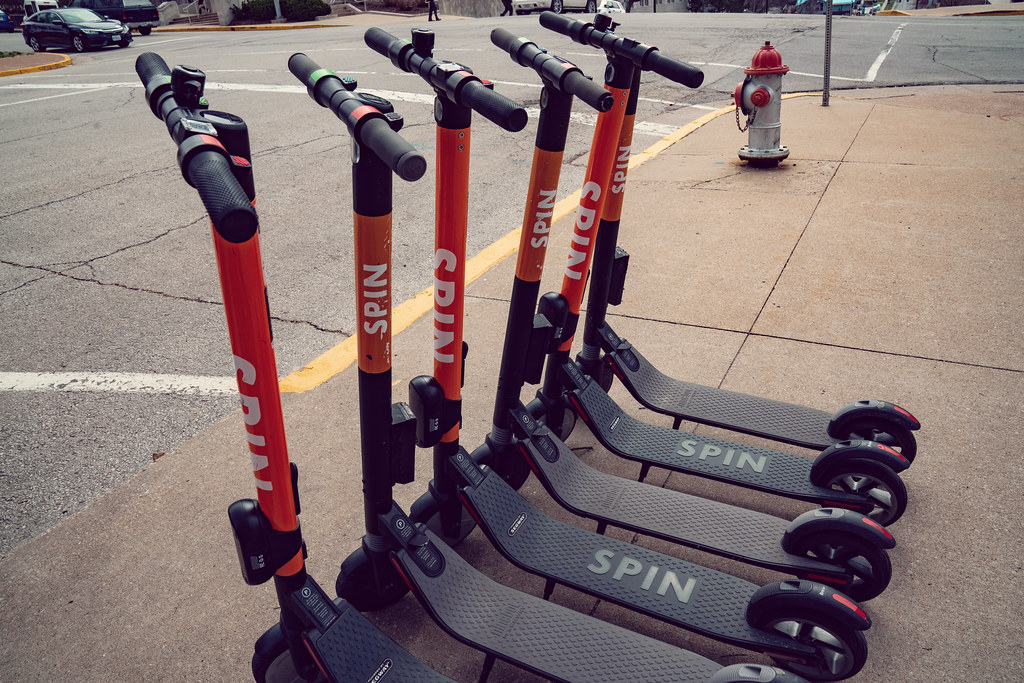 E-Scooters are They Safe & Sustainable or Dirty & Deadly – The Green Way Forward?

For instance, many companies claim e-scooters are an eco-friendly alternative to car transportation. Is that true? And, while we’re at it, just how safe are e-scooters? Since these devices are such a novel invention, there isn’t a ton of info on these two issues. The little official data we do have, however, reveals the answers to these questions are complex.

Below, we’ll run through some of the major studies investigating the environmental and safety concerns surrounding e-scooters. We’ll also explore some of the actionable steps industry leaders could take to better integrate e-scooters into the 21st century city.

How Much Do E-Scooters Pollute? Just as Bad as a Bus

The most important research to date on the environmental impact of e-scooters was published in August of 2019 in IOPScience. For this study, researchers at the North Carolina State University examined carbon emissions from rentable e-scooters in Monte Carlo.

On average, the carbon footprint of one e-scooter over its life cycle was just over 200 g CO2-eq/passenger mile. That makes e-scooters one of the least environmentally friendly modes of transportation. Even diesel buses – provided they are transporting a lot of people on a busy street – performed better than e-scooters.

Unsurprisingly, walking remains the most eco-friendly way to get around the city; but rentable bikes and e-bikes also performed far better than e-scooters. Driving a standard car, however, produced more CO2 compared with e-scooters.

What’s the Cause of This E-Pollution?

North Carolina researchers are quick to point out charging and using e-scooters produce minimal carbon emissions. Interestingly, the major reasons for e-scooter pollution don’t have to do with using these devices.

According to NC State’s findings, about 50% of e-scooter pollution has to do with the materials and processes used to manufacture the devices. The vans that pick up and drop off e-scooters everyday account for another 40% of CO2 emissions.

These findings give scientists reason to be optimistic about the future potential of e-scooters. Of course, there will need to be some serious changes to how these devices are made and collected to truly make them eco-friendly. 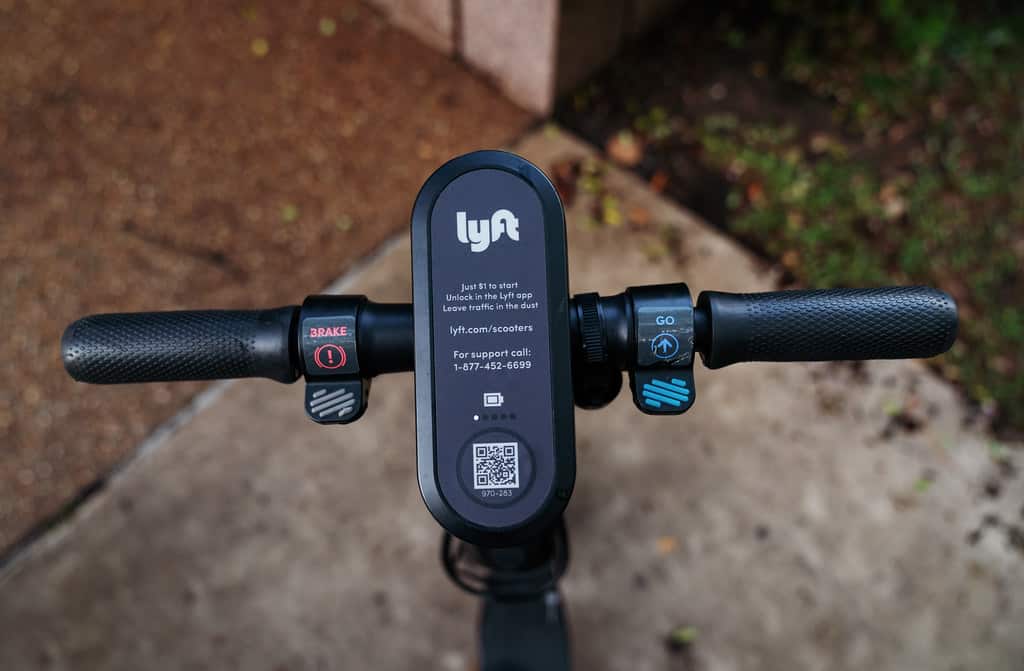 Most people who pick up electric skateboards nowadays are only considered “independent contractors.” If e-scooter companies supply these employees with hybrid vehicles, for example, it might force them to change the legal status of these employees.

Of course, developing more sustainable manufacturing procedures would be beneficial in terms of CO2 emissions. For instance, technicians might look into shifting away from heavy reliance on aluminum. Also, manufacturing e-scooters in home countries rather than shipping the devices from China might reduce the overall CO2 burden.

If e-scooter companies only put the first three suggestions into place, however, they could significantly reduce their CO2 burden. In fact, NC State estimates these three strategies in the collection of e-scooters could cut e-scooter emissions by 60 CO2-eq/passenger mile per device.

Are E-Scooters Safe? – What Two Studies Have To Say

Turning now to the safety issue: The first study to look into e-scooter safety took place at the University of California, Los Angeles for 12 months between 2017 and 2018. Researchers found almost 250 people visited two area ERs with e-scooter-related injuries.

By comparison, 195 injured bicyclists and 181 pedestrians visited these clinics during the same time. UCLA researchers discovered the most common e-scooter-related injuries were either head trauma or some type of fracture.

Only 4% of e-scooter patients who were admitted to the ER were wearing a helmet at the time of their crash. Two people involved in this study required intensive care, but it’s unclear just how seriously they were affected.

Thankfully, none of these e-scooter patients died as a result of their injuries. Shortly after UCLA published its report, the Centers for Disease and Prevention (CDC) released its own findings on e-scooter safety.

Like in the UCLA study, most of these patients suffered from head trauma, fractures, or both. Similarly, only about 1% of e-scooter riders were wearing DOT-approved helmets at the time of their accident. The most common injuries from e-scooters are head trauma, bone fracture & other sprains, cuts and bruises.

What’s Behind These E-Scooter Injuries?

Taking these studies into account, scientists have proposed a few potential contributing factors to e-scooter injuries. Let’s run through some of the most common explanations. The most obvious explanation, of course, is that these devices are both new and extremely popular.

As people become better acquainted with how to properly use e-scooters, it’s likely overall safety figures will improve. But e-scooter novelty isn’t the only reason driving these accidents. Helmet compliance is a glaring concern in the e-scooter community.

Since most e-scooter users only ride the devices short distances, most don’t seem to feel there’s a need to wear a helmet. Of course, most states also don’t require riders to wear helmets. Another potential issue that might be driving e-scooter injuries is DUI.

Using data from three intensive care units between September 2017 and October 2018, UC San Diego professors found about 50% of e-scooter patients who had their blood tested showed a significant amount of alcohol. Scientists also found marijuana in about 30% of patients who gave urine samples. The flip side is it may be “better” these individuals were scootering than driving a car when they were under the influence.

The Potentials and Perils of Electric Skateboards

Whether you like them or not, electric skateboard show no signs of disappearing. In fact, e-scooter use is trending upward both in America and Europe. Changing city infrastructure to better accommodate micro-mobility devices will be a major challenge for 21st century urban planners.

The studies presented above may encourage companies and city leaders to rethink how they integrate e-scooters for optimal safety and sustainability. Helmets will help minimize injuries should an accident occur.