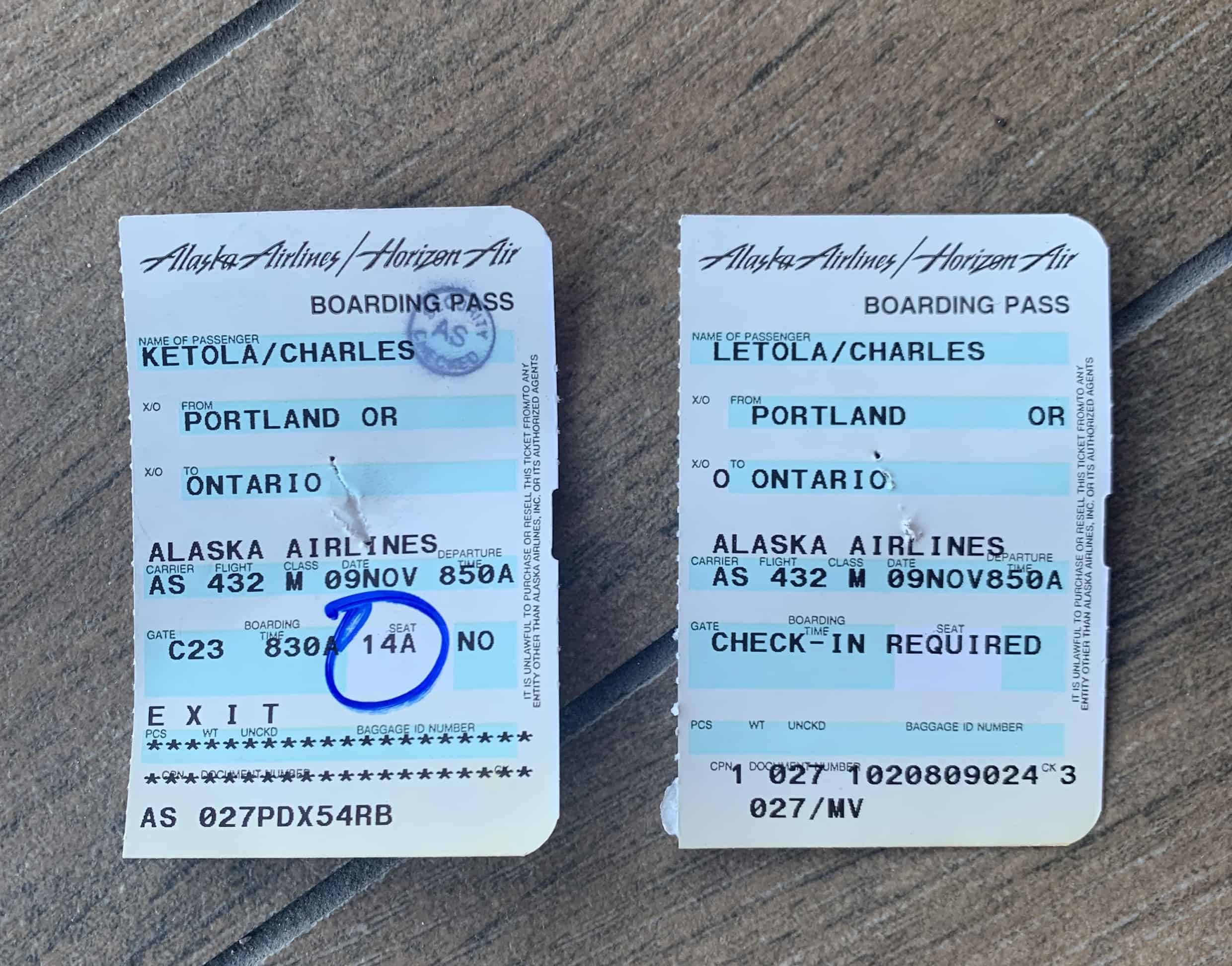 Change Your Name on an Airline Ticket – Last fall, I posted about my failed attempts to change my name on my American Airlines plane ticket.

In the end, I was able to travel on that ticket without paying a fee — but it wasn’t easy.

Read on to learn how to fly with your current ticket, without paying any fees, plus 5 tips for tips for flying without changing your ticket.

Change Your Name on an Airline Ticket

I bought an international plane ticket in March, got married in June, and changed my name in August.

My plane ticket was for December.

Because it was an international flight, the stakes were considerably higher.

Getting stuck in Miami is one thing.

Getting stuck in Belize is another altogether.

Plus, the ticket was multi-destination so that we could see family for the holidays before heading to Central America, which meant there were more tickets to be issued and more security lines to go through.

Suffice it to say, I was nervous.

Then, fate was suddenly on my side. I found a way to sign up to get fast-tracked to get the elite Gold Status on American Airlines.

After I signed up, I called the Gold hotline — instead of the general customer service number — and was told I would probably be fine flying with my new passport, as long as I brought legal documentation (official name change document or marriage certificate) with me.

The representative still wouldn’t change my name on my ticket, but she did add a note to my file so that when I checked in for my flight, they would already know what to expect.

The fee wasn’t even mentioned.

Bolstered by that conversation, I decided not to change my name on my ticket.

Worst case scenario, I would have some problems getting out of Belize.

It was a tough decision since I was flying internationally, but I figured there are far worse places to get stranded than a tropical destination surrounded by clear blue ocean.

I was able to print the boarding passes with no problem, but that wasn’t the part I was concerned about.

I was worried about security.

Armed with my new passport and driver’s license, a copy of my old passport, and my name change documentation, I held my breath as I approached the TSA security officer at the first airport.

Part of me was sure he wasn’t going to let me through.

He asked to see my legal documentation, carefully check it against my passport and ticket, asked me if I’d gotten married, then let me through.

And he was even friendly!

I’d made it — without having to pay any fee!

I couldn’t put this post up without a disclaimer.

There’s no way I can know if my situation is unique, or if that’s the way it generally goes.

There are a number of factors that might have been different for me, that you should consider when making your decision about whether or not to pay the fee to change your name before you fly:

The airline you’re flying and its policies.

Elite status. My frequent flier status probably didn’t matter for security line purposes, but it definitely made the airline treat me differently.

Legal name change (including getting married).

I’m sure this would have been completely different if I had just put the wrong name, or misspelled my name, when buying my ticket.

Since I’d legally changed my name due to marriage, it was easier.

I took my maiden name as my middle name (and my entire name is on my passport), so my former first and last names, plus my new last name, were all on my passport.

I had an original copy of my name change document with me, which is what I showed the TSA officers.

Definitely carry yours with you.

Call the airline and ask what their policy is.

Ask if they can change your name (it’s worth a shot) and when they say no, ask if they can add a note to your file so that check-in is easy.

Call back and see if you get a different result with a different agent (it didn’t work for me, but you might as well try).

Give yourself plenty of time to try to go through security with the ticket in your old name.

If it doesn’t work for some reason, go back to the airline counter and see if you can pay to change your name.

Bring all of the documentation you have.

Bring copies of old IDs (passport, driver’s license, other), as well as new IDs and your name change document or marriage certificate.

These are important documents so be sure to keep them safe.

Don’t update your name on either your driver’s license or your passport.

Keep one with your old name (preferably your passport) and use it to fly if you’ve already bought a ticket in your maiden name.

This wasn’t the case for me, but it would have made things easier!

I’ve found that being nice to people in the transportation industry gets you much further — literally.

Remember they have people yelling at them for things that usually aren’t their fault.

Sometimes if you’re nice, people are more willing to help you out.

I hope this helps people in a situation like mine!

Above all, keep your paperwork and IDs safely with you at all times.